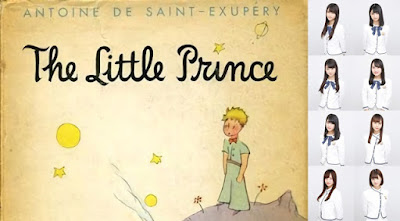 This stage drama is adapted from the work of Antoine de Saint-Exupéry, 'The Little Prince / Le Petit Prince'. Telling about the meaning of life and learning to love, 'The Little Prince' tells the story of a pilot who was stranded in a desert after his plane crashed, then met a small prince who traveled to the universe.