AKB48 member Tano Yuka has announced her graduation from the group. This was announced Tano when she appeared on SHOWROOM, March 15, 2018. 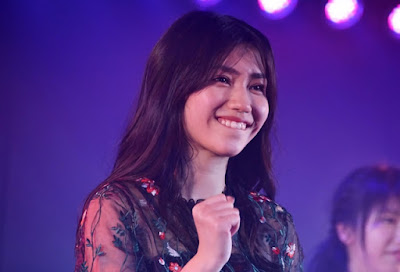 After announcing her graduation at SHOWROOM, AKB48's official blog posted Tano's comment on this graduation announcement.

Tano revealed, "I'm sorry for my sudden announcement [on SHOWROOM] My passion for graduation has continued to show up since last year, and by the time the group's 12th birthday [in December 2017], it was announced shuffle team, so I decided to graduate before teams with new formations start their activities."

Furthermore, "I am grateful, AKB48 is a place where I can grow and experience many changes, but I also want to work hard with new roles, this feeling gets stronger until I finally decide to graduate."

Regarding Tano's graduation schedule will be announced later in the day. The AKB48 's 51st single handshake event to be held on August 12, 2018 will be her last activity as an AKB48 member.