BNK48 has revealed the cover of their third single "Shonichi" (29/3/2018). The BNK48 physical single (CD) has two different cover types. The Type A and Type B differences are located on the cover shown. 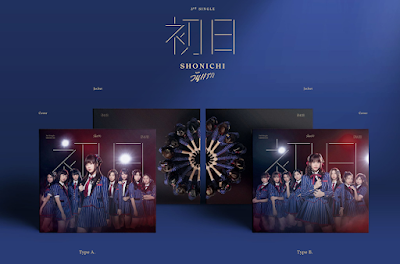 The members on each cover are divided into eight each with one center. This is because the single BNK48 has two people alias double center.

Differences can also be seen from the jackets that exist in each type. Type A members that appear to assemble form a circle on the right side, while Type B is on the left.

After revealing the cover of this very exciting single, BNK48 released the main song on this single, Shonichi.

The single is already available on streaming music streaming platform like Spotify, Joox, True ID Music, Youtube. For iOS users, this Shonichi song can also be purchased on the iTunes Store.