Here is why AKB48 transfer Iriyama Anna to Mexico 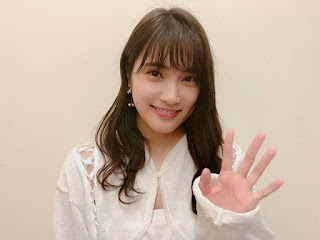 Iriyama Anna confirmed to study aboard in Mexico for one year. She will join AKB48 collaboration project with Mexican TV producer Pedro Damián and take a main role for Mexican TV drama "L.I.K.E".

Member AKB48 Iriyama Anna will study to Mexico starting April this year and will perform in local drama 'LIKE' which will air this summer.

Back in December last year, during the event '7th AKB48 Kouhaku Taikou Uta Gassen [第 7 回 AKB48 紅白 対 抗 歌 合 戦]' was held, it was announced that one member of AKB48 Group will be appointed to star in local Mexican drama titled 'LIKE', and its member the elected is Iriyama Anna.

Iriyama commented, "I have been decided to perform in a Mexican drama called 'LIKE' I was surprised by this, I have been in this world [entertaiment] about eight years ago, receiving support from so many people so far, in this place .... This is the first major decision I made in my own life. "

Iriyama further revealed, "I hope I have become a fast-growing figure when I return to Japan later.I will do my best and I would be very happy if you could see this drama later."