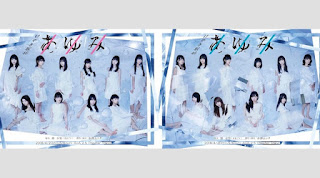 The stage drama 'Ayumi' is one of the works of Shiba Yukio [mamagoto] known for his 'Waga Hoshi [わ が 星]' awarded in '54th The Kishida Prize for Drama [第 54 回 岸 田國士 戯曲 賞]', a award in the world of Japanese theater provided by Hakusuisha publishing company to honor the drama writer, Kishida Kunio. The stage drama 'Ayumi' will be directed by Akazawa Muck, leader of the Kokaatokukitan theater company Kanariaha.

In this stage drama, 20 members Hiragana Keyakizaka46 will be divided into two teams namely Harmonika Team and Castanet Team and will challenge the unusual theater style where all members in each team of 10 members will play the only role that is Ayumi. A simple stage play where there are no beautiful singing and costume changes.

It was also announced that Hiragana Keyakizaka46's first solo album will be released on May 23, 2018.