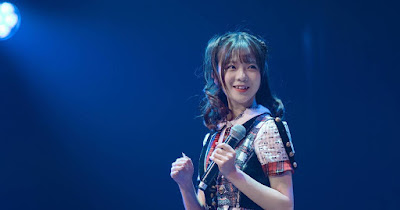 This is known after Yinning announces it in her Weibo account, Thursday (29/3/2018). The girl who is often called Yiling also revealed the reason for her resignation because she chose to focus on her education.

Lin Yining is a 6th generation member who was promoted to Team X on March 26, 2016. Yiling is known to be very fond of Japanese things and a bit of Japanese. She also likes the anime that smells of shoujo that he often uploads through his Weibonya account.

However, the status of resignation has been removed and can not be found on her official Weibo. There is no confirmation from SNH48 in this regard.

However, the fanclub account of Li Yining has thanked and invited all her fans to respect the decisions Yinning made and keep supporting her always.