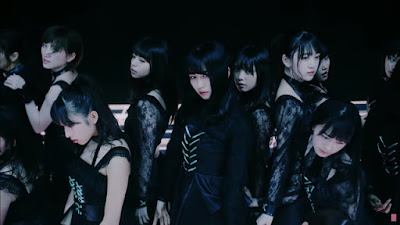 'Kokkyou no Nai Jidai' was performed by Sakamichi AKB unit, a unit consisting of several members of AKB48 Group and Sakamichi Series. In this song, Keyakizaka46 member Nagahama Neru plays as a center.