Shi Qin and Zhen YangYing has been sacked by CKG48

As has been reported some time ago that some members of Team K CKG48 do actions that defame the company to the public. This happens because of many problems that occur when the salaries are delinquent and the problem of room allocation and strike work. Members who experience it are mostly from Team K, but the most exaggerating are Shi Qin and Zheng Yangying. 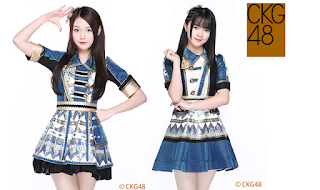 In the end, CKG48 took action on the deeds of these two members. CKG48 through its official website announces the related expenditures of Shi Qin and Zheng Yangying from the group was fired (7/3/2018). In the announcement CKG48 wrote down a sentence that we had translated as follows.
Team K CKG48 members Shi Qin and Zheng Yangying committed serious violations of the 'CKG48 Members Code'. Committing a serious violation of the core values ​​of group culture. The image of a lost idol, deviates from the spirit of an idol. Obvious affect the operating mechanism of SNH48 GROUP. This has a negative impact on the overall image and reputation of CKG48. Under the rules governing member management, the company decides the punishments for Shi Qin and Zheng Yangying as follows:
Starting today, stop Shi Qin and Zheng Yangying from non-timework practice and performances, and quit Team K and CKG48.
Under an exclusive artist agreement, the company will take legal action to protect its rights and legitimate interests.
CKG48 Operation Team
March 7, 2018
This shows the firmness of CKG48 that deserves thumbs up. This first happened to this new group belonging to STAR48. It provides a lesson for other SNH48 GROUP members that the idol must be ready to hide deep sorrow in order to cheer their fans.