SNH48 version of AKBINGO called SNHello! is back

SNH48 will re-release one of its famous variety shows' SNHello! Star Dream Academy '. This show variety is the first continuation of the first season that aired on 4 July to 17 October 2014. 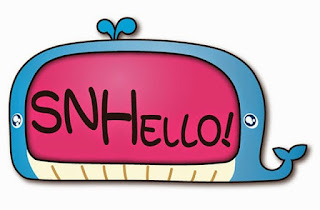 The first season of SNHello! totaling 14 episodes of interest and filled by several games, appearances, talk shows, and traveling to the sights.

The announcement of SNHello's launch was delivered SNH48 on the special page of The 48 Idol Festival event.

Variety show is very eagerly awaited fans where there will be some fans who will be shouted in the process of filming. Funny and funny action SNH48 members in this program also very missed by many fans. For the future, SNHello! will be online at Tencent Video.

SNHello! is the result of AKB48's variety adaptation 'AKBINGO!' which already has hundreds of episodes up to now.

If the AKBingo MC is guided by a particular group, SNHello! only accompanied by the theater manager Ah Ji and one member of SNH48. Not yet known exactly when SNH48 will release SNHello! their latest this