'Super AKB' AKB48 in China will be under CICFH Holding Ltd

The formation of AKB48 CHINA is predicted to reduce the popularity of SNH48 in Chinese soil. However, plans to debut soon were not realized until March 2018. Whereas AKB48 has officially announced that the new sister group in China will hold an audition in late 2017. 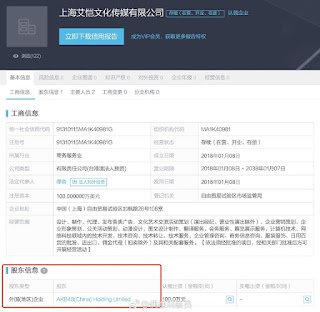 AKB48-CHINA is now only active through their official Weibo. But nothing else is the latest information from AKB48 GROUP in Japan only. It has been heard there that AKB48 CHINA will hold a member audition in 2018. When is this audition really announced?

About the group's sister there AKB48 CHINA is known to be a shade of Hongkong company, AKB48 (China) Holding Limited. Initially the company was CICFH Holding Limited which was renamed on April 26, 2016 ago. This is a bit suspicious because SNH48 has just announced the sister group BEJ48 and GNZ48 in the previous six days. Is SNH48 separated from AKB48 just a fakenone?