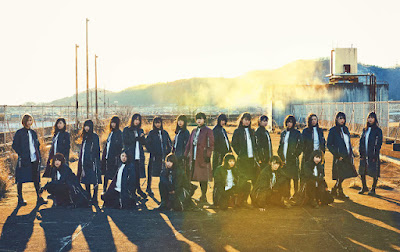 'Glass wo Ware!' became Keyakizaka46's sixth single in a row to top the Oricon weekly singles chart since their debut single 'Silent Majority' which was released in April 2016.

Keyakizaka46 ranks second as a female artist who has won the Oricon weekly singles chart successively since the release of her debut single. The first position is still occupied by HKT48 who won the Oricon weekly top single weekly singles in a row 10 times since the release of their debut single 'Suki! Suki! Skip [ス キ! ス キ! ス キ ッ プ!] 'Which was released last March 2013.

For the Japanese version of Billboard, single 'Glass wo Ware!' successfully sold 893,632 copies for the first week and increased by 170,678 copies from single 'Kaze ni Fukarete mo' which sold 722,954 copies in a week.