SNH48 left one of its members, Yao Yichun. The Chinese-born Jiangsu girl was downgraded to a trainee during a team shuffle concert at SNH48 4th Ask Time Time Best 50 concert. She previously joined the 7th generation members promoted to Team X on October 28, 2016. 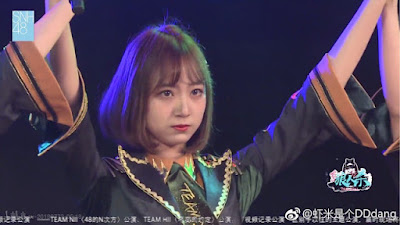 Yao Yichun officially declared her resignation on March 21, 2018. Exactly 510 days after she joined the group that raised her name. The girl with the Chunchun call name is a member of the underrate proven hse is listed as one of the members who appear in the We Rush Forward setlist.

Chuncun uses her official Weibo also last on that day. She deliberately liked the uploads he posted with her personal Weibo. Herupload contains the date she joined SNH48 until she officially resigned yesterday. Fans suspect that Yao Yichun is disappointed with membership status. This is evidenced by Yichun who cried during the farewell show Team X some time ago.