Mnet has presented its newest program which is the third season of PRODUCE 101 entitled 'PRODUCE 48'. 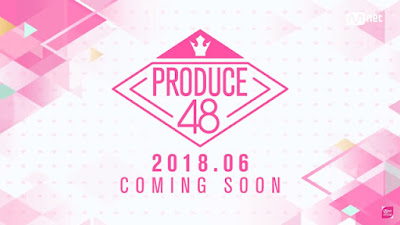 PRODUCE 48 is a joint project between Mnet and Akimoto Yashushi (AKS) to create a new female idol group in South Korea. This survival event will be attended by members of AKB48 GROUP in Japan and some trainees of entertainment companies in South Korea.

PRODUCE 48 will start airing from June 2018. The launch of PRODUCE 48 is booming slightly from the planned schedule of May to June 2018.

This is because of a possibility that the members of AKB48 GROUP are busy themselves. For his own mentor Lee Hong Ki FTIsland, Soyou es-SISTAR who will train the vocal field of trainees. Cheetahs who train vocal rapper on PRODUCE 101 will return to re-train at PRODUCE 48. For the dance area there is Bae Yoon Jeong, May J Lee from 1Million Dance Studio and choreographer Choi Young Joon.