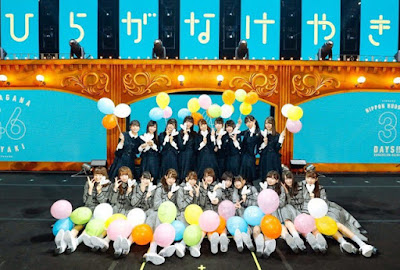 The release schedule of Hiragana Keyakizaka46's first album was postponed. Originally the album is planned to be released May 23, 2018 but postponed to 20 June 2018.

This was announced at the handshake event held today, April 21, 2018 at Makuhari Messe, Chiba. Problems in the production process became the reason for the release of this album release.

Also announced in order to commemorate the release of this first album, Hiragana Keyakizaka46 will hold a national tour.