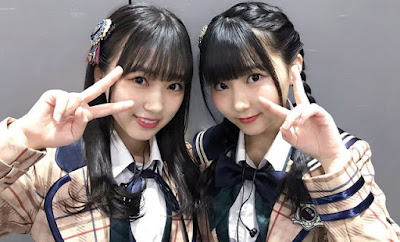 For this single, Generation 3 combo, "NakoMiku" ie Yabuki Nako and Tanaka Miku will be the W-center.

In addition, 4th Generation member Unjo Hirona was also elected as Senbatsu. This became the first Senbatsu Unjo. Through her Twitter account, Unjo expressed her feelings.

"I was elected as the 11th Senbatsu single" Hayaokuri Calendar. "Thanks to all the fans who have supported me, I will try harder than ever."