Another one of the idol group members JKT48 decided to resign. Dena Siti Rohyati, a member of the JKT48 trainee, decided to leave the group that had raised her name. 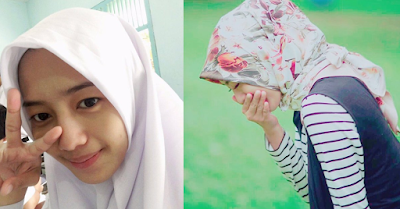 The decision was submitted by the management through the official website JKT48 on April 5, 2018 and counted since the parties concerned no longer continue its activities as a member.

This sudden resignation left several members of her generation in JKT48 and her fans shocked.

Previously Dena as usual attended the handshake event Dirimu Melody held a few days ago. Members of this sub-unit JKT48 Dangdut through her Twitter account explain the reason for resigning.

In this chirp, Dena revealed that she has been steady to carry out the obligations of Muslim women wearing hijab. Depok-born girl also declared to quit the entertainment world of the country.

This migrate decision reap much support from her fans. They hope that this is the best choice for Dena and hope she always consistent.

In the above chirp Dena also wrote the words in Arabic as a form of gratitude that is Jazakumullah khairan katsiira which means "May God Repay Your Kindness more."