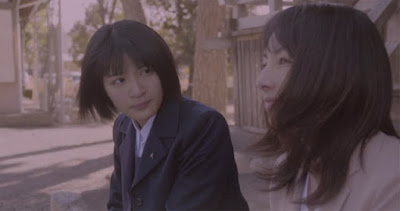 It became Oda's first short film. 'Mirai no Atashi' revolves around a 46-year-old career woman starring Sakurai who goes back to the past and meets the figure of herself still in school played by Oda.

The filming was done in early 2018 in Hamamatsu, the birthplace of Toyoshima director Keisuke and Oda Nana.

Oda commented, "I'm so glad that this work is nominated in a film festival I do not have much experience in acting, so I do not know how others see my acting qualities, but I've tried my best, so I'm so happy if this can be felt by the audience. "

The 'Short Shorts Film Festival & Asia 2018' festival will kick off on June 4, 2018 with an opening in Tokyo and national tours nationwide across Japan.