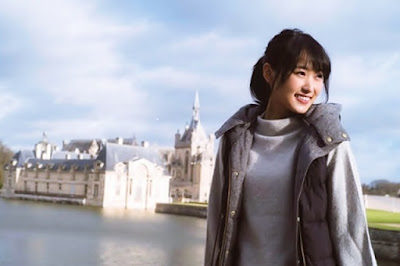 Known for the character "Ojo-sama", photo shoot Yuuka took place in France and performed at the end of November 2017. Yuuka visits famous French attractions such as the Eiffel Tower, Chantilly Castle and other attractions.

Regarding her photobook, Yuuka commented, "Can get in touch with my favorite horse, enjoy croissants and wine, swimming in a nice pool ... Many new things I first felt in life through this photobook shoot." In the end, Yuuka made the sentence promotion by saying, "Will you go for a walk in France with me?"