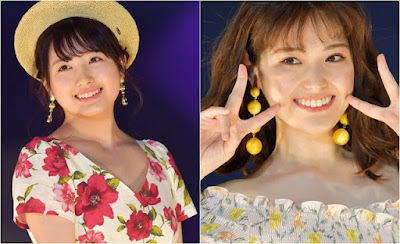 'SAPPORO COLLECTION' is the biggest fashion festival in Hokkaido and this is the 12th year since the event was first held in 2007.

This year, Owada Nana and Nogizaka46 member Matsmura Sayuri enlivened the runway stage of this event as guest model.

The former AKB48 member who graduated due to her scandal back in 2017 then performed for the first time in this event. Owada Nana appeared in a straw hat combined with a flowery dress with flowers.

Matsumura Sayuri is performing on stage 'CanCam' along with other models. With the theme of "resort style", Matsumura appeared wearing off-shoulder tops combined with a light orange mini skirt.