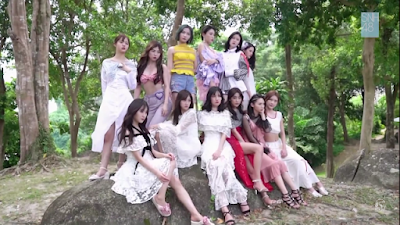 SNH48 will soon hold its fifth senbatsu sousenkyo event in mid 2018. As always in welcoming SNH48 GROUP's biggest event, they will definitely release a summer singles for voting coupons. The members of this summer singles senbatsu have flown to Thailand for the filming of MV at Patong Beach, Phuket.

Previously we have informed some time ago that SNH48's latest summer single will be titled Senlin Faze. But the rumor of the song will only be the main track (main track) not the title of EP.

The songs in EP Phuket Sweet Dream SNH48 have been registered to ISRC China. Not much different from the previous SNH48 singles in this EP does not have a team song but a song with the sister group. Curious about the contents of SNH48's summer singles tracklist? Here we present specials to Odon loyal readers.

The single will be released next month and good-tuned for SNH48's famous summer song. When the official EP is launched auto event SNH48 5th Senbatsu Sousenkyo will be announced.