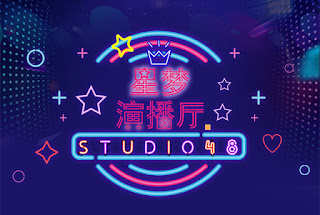 The announcement was delivered SNH48 through their smartphone application Pocket48 (26/4/2018). Xingmeng Yanbao Ting STUDIO48 is a kind of survival program that will be followed by 66 members of SNH48 Group to show their style and strength.

A total of 66 members of SNH48 Group will compete to be the best because there is a gift they will receive.

Registration to participate in this program is divided into two periods, namely for TOP 66 sousenkyo fourth member has been opened 26-30 April 2018 while non TOP 66 opened from 1-3 May 2018.

There are some prizes that are very profitable if the members get. The first prize of the members who participated in this variety show will be featured in the opening of SNH48 sousenkyo concert later.

Weekly winners will receive promotions to five Star Dream Theater, Weibo, Pocket 48, and more. The champion will receive a center position in the opening song of the sousenkyo concert.