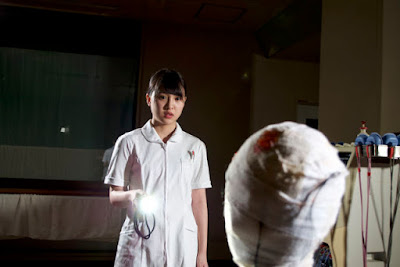 The film is directed by Yamada Masafumi, director who also directed the horror movie 'Corpse Party' and has worked with the HKT48 member Imamura Maria in the project 'Toei Presents HKT48 × 48 Filmmakers' which became the bonus of HKT48 '092' first album.

In this film, Yamada will play a nurse who has the nature of pendemdan, jealousy and full of hatred dubbed "Kurokan" and ready to provide a terrible experience.

Starring in the film for the first time, Yamada commented, "When I received this news, I did not believe I would star in a movie, I would do my best including having to use the Kansai dialect.This was my first acting experience and I learned a lot. front I also hope to try out the acting world. "

The movie 'Kurokan' will be released in summer 2018.