MNL48 again lost two members of their first generation who joined in kenkyuusei or trainees (15/05/2018). They are Carol Reyes and Micaella Joy Yabut who officially resigned and stopped their idol trip at MNL48. Not yet known exactly what causes or reasons that support. 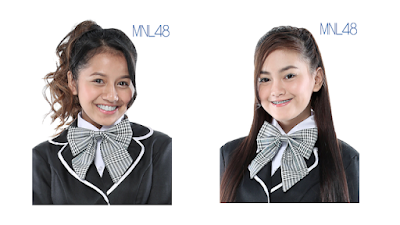 Previously Carol was the captain kenkyuusei MNL48 who had been elected directly some time ago. Fans wonder why the captain actually resigned. Most of the MNL48 members who resigned were challenger members while auditioning. Some of these challengers are submissions from some entertainment agency artists in the Philippines. So do these two have contracts with other agencies?