GNZ48 enthusiasts especially SNH48 Group is being overwhelmed by one of the former members named Du Yuwei. The former Team G member stumbled over a scandal that was a bit embarrassing if done by an idol. In October 2017, she unofficially decided to get out of GNZ48 for no apparent reason. 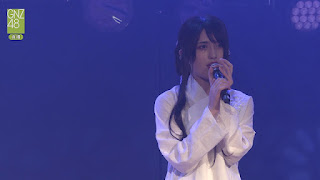 It turns out that the reason she has been hidden by fans. From the photo of the conversations and facts spread across Weibo's social media, Du Yuwei is an affair of a married man. The old man asked Yuwei to leave GNZ48. In addition, she also reportedly dating with fans in secret.

Fans are also a little shocked by the act made by this SNH48 fifth generation girl. Even more surprising, Du Yuwei also admitted about what she did this. Despite she exit, her contract with STAR48 is still running and she is now threatened with receiving a fine.