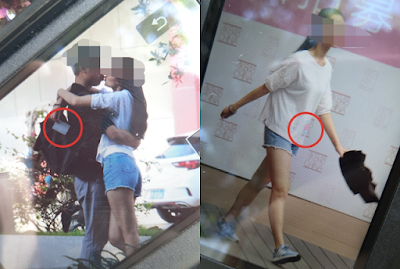 Sister group AKB48 based in Shanghai, China, AKB48 Team SH is holding their first generation member audition. This audition was held in several major cities such as Chengdu, Guangzhou, Shanghai, Beijing, and Shenyang. There is something interesting and viral when AKB48 Team SH held an audition in Guangzhou City, Guangdong.

An AKB48 Team SH audition applicant was kissing her boyfriend before entering the audition room. It was immortalized by fans who accidentally saw the unique event. Apparently the unknown girl was esorted by the girlfriend to the audition. It caused a negative reaction from idol group fans 48 there.

There are fans who speculate that AKB48 Team SH will produce scandalous members. This happens because the majority of girls in China prefer to audition SNH48 GROUP which also holds auditions simultaneously. Approximately this girl escaped audition? We wait for the announcement of the first generation member AKB48 Team SH later.