MNL48 announced a new first generation member on May 16, 2018. The announcement was submitted by MNL48 at the MNLife variety show. The new member will join as part of the 48 idol group's kenkyuusei in Manila. 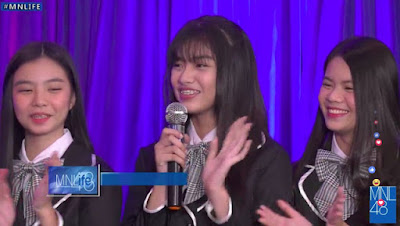 She is Cole, the pretty girl from model agency ADR Model Artist Management. This is known from the agency's official facebook page.

Not sure why MNL48 took members from model agencies in the Philippines. Though it has violated the rules that they make themselves that is not signed a contract with another company. The MNL48 fans were disappointed again with the management action of adding new members without a clear audition.

MNL48 also announced a new captain for Kenkyuusei to replace Carol who has stepped back. He is Sandee Garcia, a girl from Rizal City, Philippines.