MNL48 has a new online varity show titled 'MNLife'. Adapted name may be similar to AKBingo!, but it turns out that the varieties ii event is very different from the famous event from AKB48. MNLife contains talk shows to MNL48 members guided by Luke Hashtag and one MNL48 member. 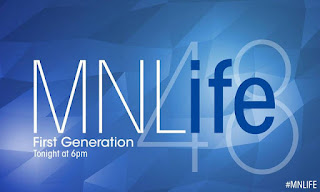 It's online name means that MNLife shows live every day live on Youtube channel and Facebook page MNL48. The first episode of MNLife was broadcasted on May 14, 2018 with the guest staring of the TOP 7 aka Kami 7 senbatsu member election yesterday. In MNLife there is a segment that will entertain the fans of MNLaugh.

MNLaugh is a segment that will feature MNL48 members performing unique games. In the first episode yesterday the members performed Boom Boom Ballon. The winning members will get a reward.