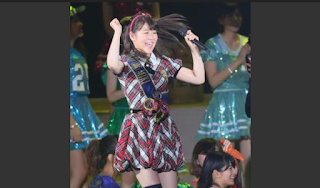 Nishino Miki says she is not happy with her life since leaving AKB in early 2017 due to her double-date scandal with Johnny's boy and Owada Nana.

"Frankly I'm not that happy about my life. I used to perform in Budokan and Tokyo Dome, and now I'm working part-time at a BBQ restaurant for 1000 yen an hour and have to shake hands with guests for free." says Miki.

As AKB48 fans the tickets were required to shake hands with members, Miki now giving it for free to everyone since she left the group.

"When I was in AKB I lived in a nice apartment in Shinagawa that cost 210,000 yen a month. I would really like to live there again. The bath tub in my current place doesn't even re-heat itself and it unacceptable."

Back in late 2016 where the Bunshun reports regarding her scandal started ruined her career after she was spotted double-date Naanya - Miki with a Johnny's boy. They are both leaving AKB48 months since their scandal.