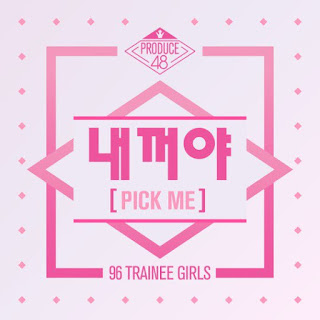 The third PRODUCE 101 Korea PRODUCE 48 survival season will start airing next month. The contestants or trainees from AKB48 Group Japan and Korea are ready to show their talents. Following the show in the previous season, Mnet's latest event will also have a theme song that will intersperse every episode.

Today (08/05/2018), the theme song or the soundtrack of the PRODUCE 48 show has been officially announced. The song is titled Naekkoya 내 꺼야 (PICK ME) and sung by 96 trainee girls. The song PICK ME is the hallmark of the PRODUCE 1O1 program. The music production team Flow Blow was assigned to handle the new song. PICK ME's track record was performed on April 22, 2018.

The song will be released on May 10, 2018 and will be delivered first by the trainees at the M event! Countdown May 11th. The PRODUCE 48 official website will also be open on May 10, 2018, then the profile of 96 trainees will be uploaded later.