Member SKE48 Inuzuka Asana has announced her graduation from the group. This was announced Inuzuka performed Theater S theater which was held May 15, 2018. 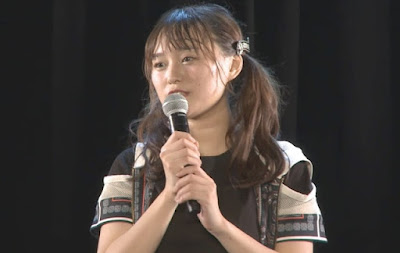 In the announcement, Inuzuka conveyed, "Before the final closing gig, there is something I want to convey.Maybe some of you have noticed it because I did not participate in Sousenkyo this year, me, Inuzuka Asana will graduate from SKE48."

Regarding the reason for the graduation, Inuzuka said, "I think I want to move forward to pursue my dream, graduation is a positive thing, I'm very happy if you continue to support me."

Regarding the activity activity, "I will be active until the end of June [June 30], though only a month more, I think it would be nice if it can make a lot of memories with the fans and Team S members, so please continue to support me to the end."

Inuzuka Asana joined the group in 2010 as a Generation 4 group. Inuzuka status as Kenkyuusei for 4 years until on Agusutus 2014 Inuzuka promoted to Team S.