With Workpoint, BNK48 to have new variety show

BNK48 has partnered with one of the national public entertainment networks in Thailand, namely Workpoint TV. This collaboration will produce a new variety show that will be starred by the members of BNK48 later. It has been announced in the official social account of BNK48 on May 26, 2018. 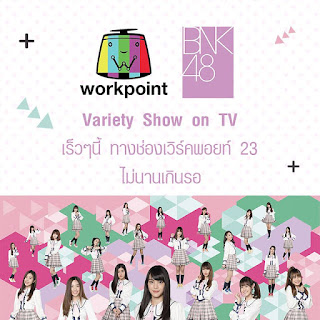