Zhu Yixin down to trainee GNZ48 after smoking in a nightclub 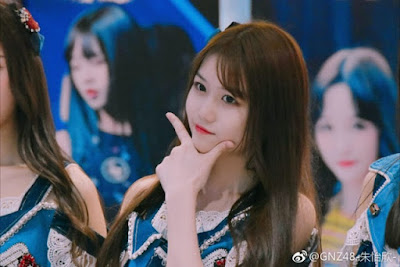 GNZ48 just announced an important thing related to one of its members Team G named Zhu Yixin (15/05/2018). Through its official website, GNZ48 downgraded Zhu Yixin's membership status in Team G's formation down to become a kenkyuusei member. From the explanation of Guangzhou's idol group, Zhu Yixin did deviate from the image of a positive idol.

Earlier fans caught Zhu Yixin going to a nightclub. The picture of her smoking at the nightclub is widespread on the internet. Fans of the idol group GNZ48 were disappointed with this Yixin kidnappers and disgusted at the sight of her smoking picture.

"The teenage lady smoking and going to the nightclub was disgusting", comments one of the fans in the photo upload.

GNZ48 hopes Zhu Yixin can improve herself as a kenkyuusei and return the image as an idol. Bad behavior of SNH48 Group members is also governed by STAR48 artist management rules.