AKB48 Okada Nana has her plans after graduation 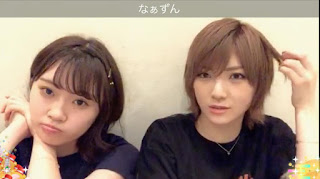 Okada Nana is one of the AKB48 members who is clean from the dating scandal.

Naachan also became her junior's role model in a number of aspects, especially professionalism and totality when appearing as an idol.

Later she often broadcasted on SHOWROOM Live, when a fan mentioned Okada Nana's graduation from AKB48 about when and whether in the near future.

Naachan then replied straightforwardly that she still wanted to stay in AKB48 for now. But Okada Nana admitted that she had prepared a plan after graduating from AKB.