BNK48 will soon launch a new program called 'Victory BNK48'. This is the result of cooperation between BNK48 with one of the entertainment network in Thailand is Workpoint. Victory BNK48 will air on Channel Workpoint 23 starting July 3, 2018 at 15:00 Bangkok time. 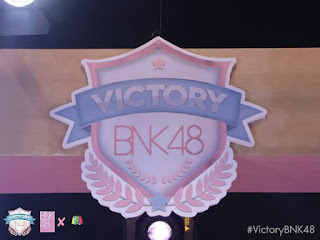 In this variety show, BNK48 members will be divided into two teams namely Victory Red (Red Team) and Victory Blue (Blue Team). They will duel in some kind of funny and interesting game. What are their excitement on the show like? Do not miss, for those of you who are in Thai territory please visit the provider's site streaming channel Workpoint 23.