Failed Debut in May, TPE48 Reported in Financial Crisis

Sister of Taipei-based AKB48 group Taiwan, TPE48 has announced first generation members of 45 girls last February. The company has also announced a massive move to debut in May. However, until June the debut of TPE48 with their debut single until now has been unheard. What's wrong with TPE48? 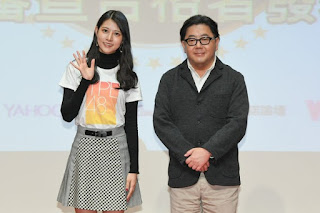 As reported by Yahoo Taiwan, TPE48 reportedly suffered a financial crisis until not able to claim the group ever announced after this JKT48. In the news the company that oversees TPE48 namely Xihei Entertainment is also rumored not to pay its employees for 3 months and total arrears is 3 million Yuan. Half of their employees have experienced problems with their livelihood and left TPE48.

TPE48 entertainment is a joint venture between Taiwanese Xihei Ent company and AKB48 brokerage company "AKS" which is responsible for operating and managing TPE48. As long as unpaid, Chairman Xu Yurong and General Manager Luo Zhenxiong continue to ask for staff training. Staff also have to pay other fees from the place.