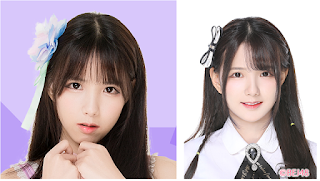 The audition of a new generation of five BEJ48 members opened just a few months ago at the audition of the eleven generations of SNH48. Members of the fifth generation who were introduced to the show that night were two people, Cheng Yulu and Li Liman.

There is one thing that makes the world of Chinese idoling world a little excited with the arrival of this 5th generation JSE. The girl named Li Liman is a former member of the idol group of 1931 who staying is a strong rival SNH48. However, 1931 officially disbanded in late 2017.

Li Liman joined 1931 into the trainee formation on February 24, 2017. The girl previously called Yuki was promoted to Team One 1931 until the group was disbanded. After the receipt of the dispute, she then auditioned BEJ48 and managed to escape then set as the 5th generation of BEJ48 on June 7, 2018. Liman also changed her nickname from Yuki (1931) to XiaoMan when becoming a member of BEJ48.