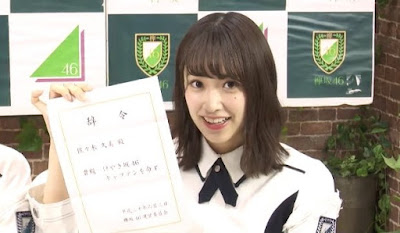 The broadcast features Sasaki Kumi, Sasaki Mirei, Kakizaki Memi as well as two members of Kanji Keyakizaka46 namely Captain Sugai Yuuka and Nagahama Neru. Among the broadcasts, Sasaki Kumi receives an envelope from the staff and reads the paper contained in it. "For Sasaki Kumi, you are appointed as Captain Hiragana Keyakizaka46." Responding to this letter, Sasaki responded, "I have been appointed. Ha ~ i (Okay)!" laughing.

In addition to the announcement of the appointment of Sasaki Kumi as captain of Hiragana Keyakizaka46, in this broadcast also announced that Keyakizaka46 will hold a concert 'Keyaki Republic 2018 [欅 共和国 2018]'.

Like 'Keyaki Republic' last year, this year's concert will also be held in outdoor at Fujikyu Highland Skate Center, Yamanashi. The concert will be held for 3 days ie 20 ~ 22 July 2018.