As JKT48 promised some time ago that they will hold a seventh generation audition late this June. Through its official website today (30/06/2018), JKT48 officially opened the registration of the audition of members back for the girls of Indonesia. But the difference, this time audition through JKT48 Academy and not directly written Generation Seven. The registration period lasts from yesterday to 31st August. 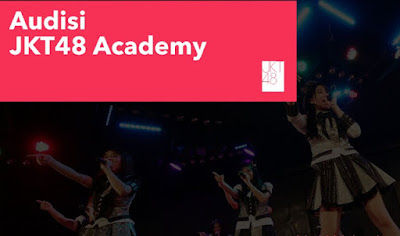 The Academy Audition is a bit different, if the previous audition was only an online form and to the theater, this time there was a registration through JKT48 Circus.

JKT48 Circus itself spread in several cities in Pulai Java such as Semarang, Surabaya, Solo, Yogyakarta, etc .. So when JKT48 visits your city, you can register at the booth provided by the staff. With the audition around the city can add interest to the girls become members of JKT48.

There are several conditions that have been established by JKT48 Operational Team. Among the most important is not bound by contract with any company. Check more clearly the terms at the following link (https://jkt48.com/academy-audition).