CKG48 through its official Weibonya account announces that Team K will be bringing a new theater stage setlist titled 'Beautiful World / Meili Shijie'. This announcement was submitted via video uploaded CKG48 on June 1, 2018. Meili Shijie is one of the original performances of SNH48 which was hosted premier by Team HII. 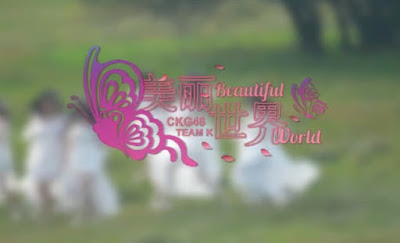 The video featured Team K members who were in a meadow wearing a white dress like a princess's daughter. In the video they get a map with the location of Meili Shijie / Beautiful World destination. This video is a continuation of Team K's promotional video from the previous setlist of Qihuan Jiamian Li. Where in the video Team K is also wearing the same costume.

Not yet known exactly when Team K will bring this setlist. However, the Qihuan Jiamian Li Team K setlist will be terminated through my sensuuraku performance held on 10 June. Some songs may be replaced to fit this group, such as the H Zone song that might be changed to 'K Zone'.