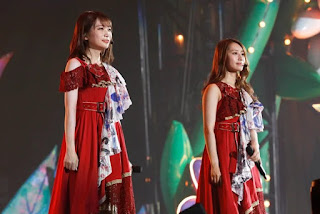 Member and captain of the idol group from Tokyo, Nogizaka46, namely Akimoto Manatsu recently denied rumors circulating that she was involved in a dating scandal with a 42-year-old man.

The Akimoto Manatsu scandal was also connected by her who was considered no longer care about the Nogizaka46 group and rumors about Manatsu Akimoto graduating from the group were spread on internet forums.