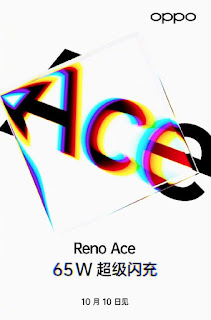 Oppo officially confirmed that they will stop the R-series lineup for their flagship devices.

But instead, they will work on the new Reno series smartphone and they will continue the Oppo Find series.

It turns out that Oppo is not only working on the successor of the Find and Reno series, some time ago Oppo also patented the Find Y series.

And recently Oppo has secretly registered trademarks of 13 new smartphones under the Z Series line-up.

All of these smartphones are under category 9, which means they are described as "mobile phones; smartphone; who runs smartphone software; headset; and equipped with a battery charger. "

But unfortunately, there is no further information, including the launch timeline and segments that will be targeted from the 13 Z Series smartphones.

Maybe the Oppo Z-Series smartphone will become a middle-class line-up that will replace the R-Series.

This handset will feature the SuperVOOC 65W fast charging technology and will enter mass production in early October.

Although it has not been confirmed, Reno Ace is expected to run the latest generation Qualcomm mobile platform, Snapdragon 855+.

Separately, a smartphone Oppo leak appeared which allegedly was Reno Ace at TENAA.

This smartphone will be equipped with 12GB of RAM and 256GB of internal memory storage and pack a battery capacity of 3,950 mAh with support for fast charging.

In the imaging department, Reno Ace will be equipped with a 16MP selfie camera and quad-camera settings that have a 48MP primary lens configuration, a 13MP secondary camera, 8MP camera and a 16MP depth sensor. This Oppo Smarphone will most likely support 5G.