#StayStrongRose: Is it better for Rose to leaves Blackpink.and debut solo? 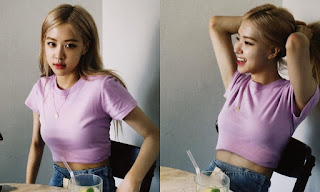 Fans flocked to protest and give their support to Rose BLACKPINK.

It was initially triggered when Rose liked a post on Instagram that contained a quote that everything happened for a reason and a good thing would definitely happen in the future.

The fans then compared the activities of the four BLACKPINK members this year and Rose was the only member who did not have individual activity.

Fans then flocked to make the hashtag #StayStrongRosé on Twitter and protest to the YG Entertainment agency, so that they provide an individual schedule for Rose like the other three members.

Previously, Rose was rumored to be making his debut as a solo singer. But until now, the fans still haven't heard anything about Rose's solo debut plan.