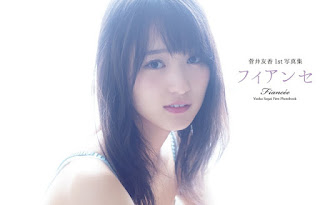 Known for the character "Ojo-sama", photo shoot Yuuka took place in France and performed at the end of November 2017. Yuuka visits famous French attractions such as the Eiffel Tower, Chantilly Castle and other attractions.