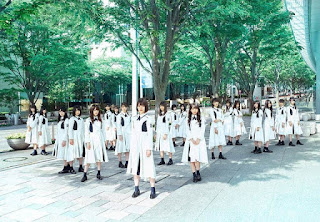 Occupying first position, Captain Sasaki Kumi commented, "Hiragana Keyakizaka46 can release the debut CD just like a dream, and now we can be ranked 1st, I'm so happy."

While Sasaki Mirei, who plays the center on the album's main track, commented, "Thinking about the unknown Hiragana Keyaki made me feel anxious, but getting first place made me very happy."