Former AKB48 member Watanabe Mayu will be casting a Fuji TV drama titled 'Itsuka Kono Ame ga Yamu Hi Made This will be Watanabe Mayu's first drama after her graduation from AKB48. 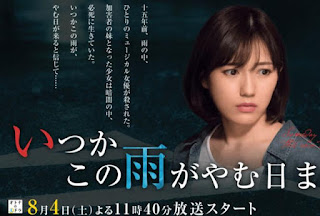 In this drama, Watanabe plays Morimura Hikari, a girl who has a dream to become a musical actress. But her life changed after her brother was arrested by police for the murder of an actress. Hikari who became a brother of the killer spent the gloomy days at the musical theater company while earning a living as a cabaret lady.

Starring in this drama, Mayuyu commented, "After graduating from AKB48, this became the first drama series I starred."

Responding to the singing scene in the drama, Watanabe said, "Although there is anxiety, but I want to enjoy standing on stage, I want to give the best as the main character until this drama can be a wonderful memory in the summer of this year."