Former SNH48 idol group member Zeng Yanfen has filed a lawsuit against the authorities against STAR48. She demanded STAR48 regarding the contract of SNH48 member she wanted to end. 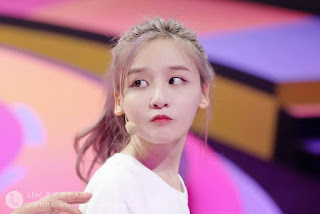 Please note that Zeng Yanfen has been out of SNH48 since November 2017 because she feels pressured by her activities in the group. Since then the girl who is often called Ruri is issued a controversial chirp about SNH48 through personal accounts both Twitter and Weibo.

Zeng Yanfen officially filed a lawsuit on June 11, 2018 through a state high court in the Hongkou District of Shanghai. The trial will be held on June 22, 2018. If there are no obstacles, both parties will certainly attend the hearing.

Ruri is a member of SNH48's second generation incorporated in the original Team NII formation. She was born from a simple family that never gave up. She always forbids her fans to buy gift for her.

Sometimes when the theater is because the penstick that discarded fans, Ruri also asked them to maintain cleanliness in the future. She is also very good to her own fans and other members. Yanfen is one of the popular members of SNH48 which is proven to be often listed as a single senbatsu list.