As we know now, the official site of TPE48 has down and the company Xu Yao Entertainment has been heavily in debt for not being able to pay employee salaries. 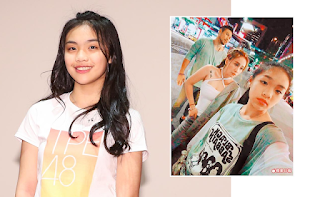 What is the fate of TPE48 in the future? Will Akimoto Yasushi act as a total group producer? Do not worry about the good news coming from one of TP48's parents, Chen Lin. Girls with the same name as SNH48 members are the hearts of Taiwanese artist couple Xiu Qin and Chen Zhi-yuan.

The news about TPE48 has been heard and made the news there. Xu Yao Ent. as the person in charge of the group can not be contacted by the media and the times that become the target of the journalist is the person of Mr. Chen Lin. As reported daily Apple Taiwan, that one of his journalists have met with both pairs of artists. Both have given information about TPE48 now.

"My daughter's training activities (Chen Lin) did not stop (still running), the Japanese headquarters will take over the training and debut girls," the two said. They also explained that allowances or salaries and transportation costs are still available today. But nevertheless, the state of TPE48 is still feared by fans of 48 idol groups around the world.