Idol group Keyakizaka46 will release their 7th single on 15th August 2018. This was announced through the group's official website on July 5, 2018. 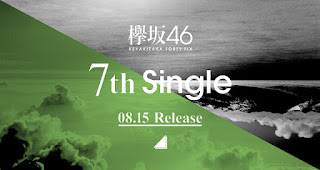 Details of Keyakizaka46's 7th single such as cover and tracklist of songs will be announced later on.