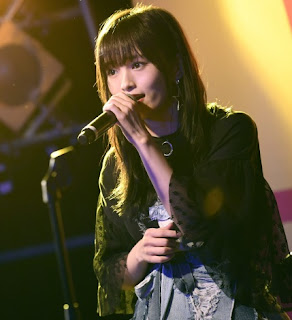 At the end of the encore, Yamamoto said, "Before the last song, there is something I want to say, I, Yamamoto Sayaka will graduate from NMB48."

Yamamoto continued, "I'm sorry to announce this on the first day of the tour in October this year being the 8th year since I joined NMB48."

Furthermore, "I think this is the right time for me to leave NMB48.I hope the current members and new members will continue to fight for NMB48 and create a new NMB48."

Regarding the activity plan after graduation, Yamamoto revealed her determination to become a solo singer. "It has been my lifelong goal, I want to keep learning things and keep singing in front of you all."