A number of Nogizaka46 members will star in a new project titled 'ZAMBI / ZOMBIE [ザ ン ビ]' with Saito Asuka as the main star. 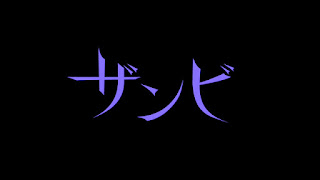 It was announced on the 3rd day of 'Nogizaka46 6th YEAR BIRTHDAY LIVE' held at Meiji Jingu Stadium and Chichibunomiya Rugby Stadium, July 8, 2018.

Some time ago, there were 8 E-m-a written by Nogizaka members found by fans at the Temple of Nogi ie Saito Asuka, Hoshino Minami, Hori Miona, Terada Ranze, Kubo Shiori, Yamashita Mizuki, Ozono Momoko, Yoda Yuki. Initially fans are guessing there is a connection with Nogi members who will be included in the single AKB, and now maybe this is the answer.